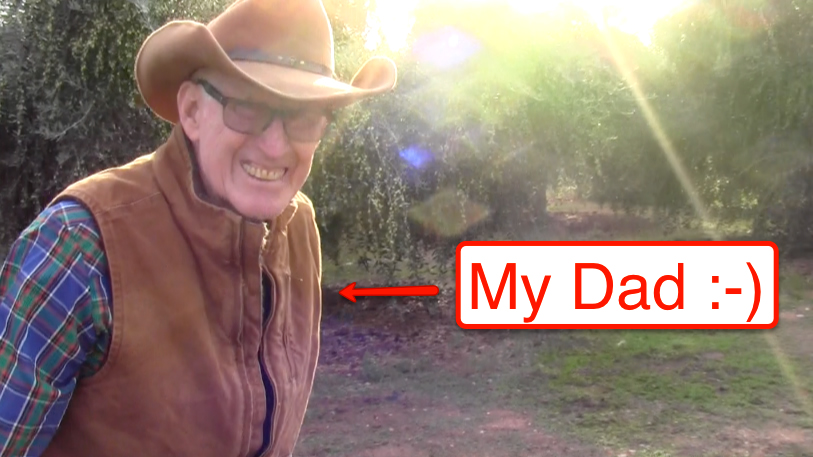 There aren’t to many places you can get it right from the source. Seriously, this is directly from ‘the farmer’ to you and even if I do say so myself, it is the BEST EVOO you can find. Don’t believe me? Look at all the awards my Dad has won! And, he only have a small amount left so get yours now before he sells out again!

So, If you are a “Fan or Foodie” and already know you want to get your hands on the real GOLD WINNING EVOO straight from our farm to your table, then click here to order.

If you need a little convincing, listen up!

Extra Virgin Olive Oil (EVOO) is actually REALLY hard to find. There are no labeling standards in this industry so anyone can put anything on and IN their bottles and call it “Extra Virgin.” UC Davis did a study in 2012 that will SHOCK you! They found that MOST of the “Extra Virgin Olive Oil” found in grocery stores and from Italy are NOT extra virgin and sometimes not even olive oil! 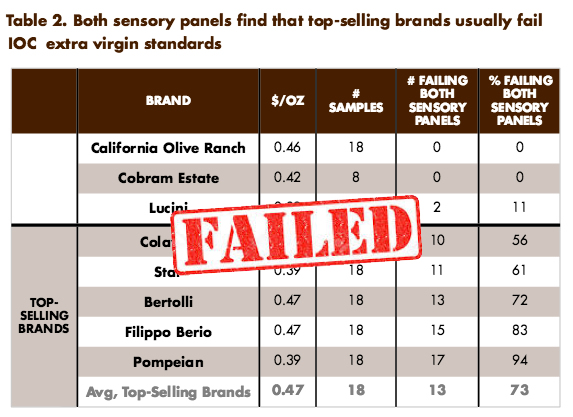 And Yes, some will even mix “other oils” in with it. Sad I know, but that is how you can by a bottle of “Extra Virgin” for ten bucks at the store. The New York Times did a cute slide show type info graphic to explain in simple terms the corrupt nature of the so called EVOO you find in the stores and why the prices has dropped so dramatically on store bought “olive oil.” 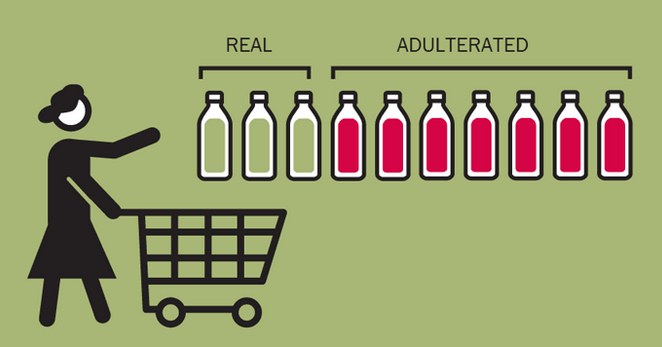 What you are looking for in the taste a almost grassy peppery flavor with a sharp kick at the end that may even make you cough if you had a good dip of it. The coughing is a GOOD SIGN! It means those healthful polyphenals are present and working on your body. In fact, my Dad chose to pick a little earlier this year to get MORE of the healthful benefit. 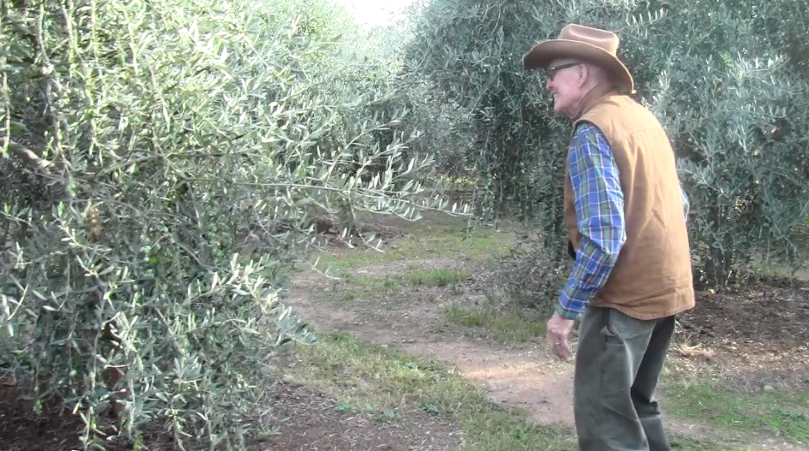 All EVOO will mellow with time, and with the mellowing in taste, the healthful benefits will also mellow. They have a phrase in Italy called “Olio Nuovo” which means, New Oil and if you can get it within 3-6 months of harvest, you will get the MOST healthful benefits from it. Foodies already know this and is why real, fresh EVOO from small artisan growers like us are making a huge impact in the market place.

We DO NOT Filter Our EVOO!

That’s right, when you get it right after our harvest, most often it is going to be cloudy!  That is GOOD! That means you are getting ALL the benefits.  I don’t know why anyone in their right mind would filter that out. But, it does make the oil nicer looking when it is filtered, but that is marketing, NOT natural.

Now over time, as with this batch, we let it sit in large vats for two months so the sediments fell to the bottom and most of the time it will most likely be clear. And that is ok too. Because well, there is NO unfiltered EVOO in the grocery store and again, most times you aren’t even getting olive oil, least of which is real EVOO which you can ALWAYS count on getting from my Dad!

We have WON GOLD 4 Times!

The most prestigious of all competitions the Los Angeles International Olive Oil Competition. And we have won 4 Gold Medals, 1 Silver and 1 Bronze. Which, is a HUGE HUGE DEAL!! Not only are you getting the real thing, you are getting the REAL THING!! 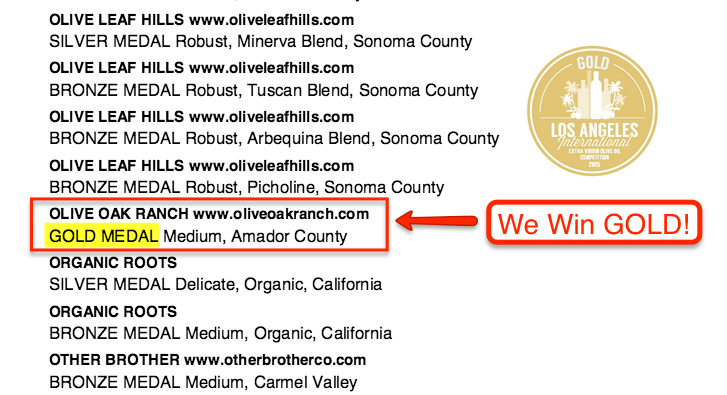 Most times we are the ONLY ONES in this area to get GOLD so we are really proud of that. But OMG, my Dad babies those trees! I mean really! From the organic horse manure we get from a ranch around the corner to the careful yearly pruning to lovingly HAND PICKING THEM with friends and family!! 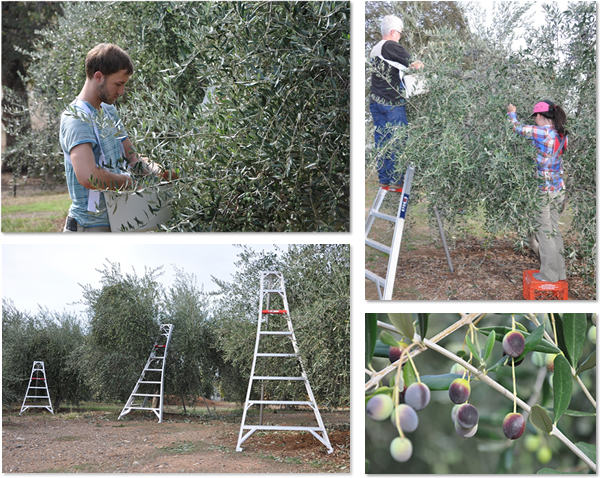 And I know it looks like we put some models in our grove lol, but that really is my nieces boyfriend, (top right) then my brother on the ladder (he has had white hair since he was 37!) and my fiance, Meredith.

So Here Is The deal.

We ALWAYS Sell Out So Don’t Wait!

We are ONLY selling our medal winning EVOO in quantities of  3, 6, 8  bottle shipments because it is easier on my Dad’s brain. He is 85 after all and 100 orders of 3 bottles each is easier for him to handle a zillion of individual orders. Sorry but that is the way we need to do it right now and it also let’s us..

1) utilize the flat box shipping rate for you (would cost the same to ship 1 as it does 3, I know, go figure) and most importantly

2) so we can get it out fast to our fans who have been waiting eagerly for the harvest to come in.

I just sent the email announcing the harvest to about 70k people, so these first healthful 100 orders are going to go pretty fast, so get it now while that PayPal button is still on this page.

And then, once you order, sit back and know you are being taken care of, your REAL EVOO is on it’s way!

LIMITED OFFER – Normally sells for $39 per bottle (it costs as much to ship a single bottle as it does 4 bottles!)
*US & Canada ONLY, all others will get 1 less bottle because of the increase in shipping costs.

If you have any questions, please email my Dad at davefrnd@ yahoo.com or if you just want to ask him about his process, farming or just say Hi, he would be happy to hear from you! 🙂 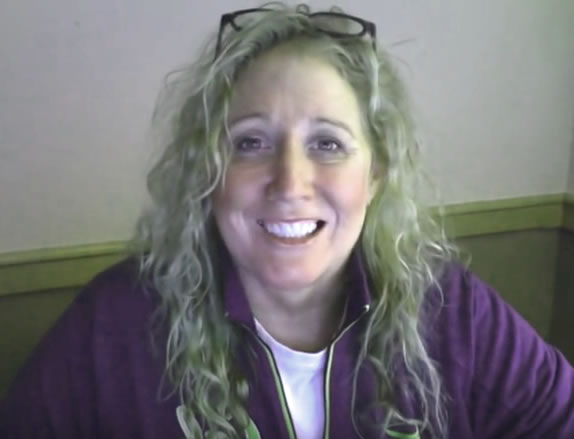 No professional pic for me, this is it, taken with my computer camera as if we were talking to each other.

I think you will find that I am pretty raw, real and most importantly.. innovated. I like to consider myself an industry disruptor, I am certainly an entrepreneur and majorly dyslexic so grammar and typos abound! (I know it is unprofessional, but I wouldn't get a thing done if I was scared to not do it "right," I am just going to fast. :-)

There is so much to do on Internet and if I can help you just a little bit by telling my stories or letting you in on some of my strategies I have learned in the last 16 years of making a full time living online, then that will make it all worth it.

If you want to see the formal bio, you can click on the "About Dori Friend" menu at the top.

Subscribe to my Newsletter
Your information will *never* be shared or sold to a 3rd party.

Find Me On Social Media

Please Notify Me When You Start The SEO Testing Club Because I Would Like To Be A Part Of It To Continue to See SEO Tests Results So I Am No Longer Guessing At What Works In SEO. I WANT TO KNOW!
Your information will *never* be shared or sold to a 3rd party.